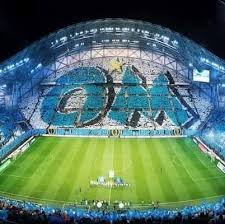 French-Tunisian businessman Mohamed Ayachi Ajroudi poised to buy French iconic football club Olympic de Marseille (0M) Tuesday said he was not operating on behalf of any investors from the Gulf.

Ajroudi has made for himself in France after together with another French businessman and sports manager Mourad Boudjella presented to the public their project to buy the only French football club that ever won the European Champions League. Presented by some French media as an intermediary of Saudi or Kuwaiti investors, Ajroudi in interview with AFP brushed aside the allegations.

“I am not a Saudi intermediary, this is our idea, with my team,” he insisted. “The project is moving forwards and we have been preparing for a long time. We haven’t just arrived right now.”

Unlike Tunisia-banned al Janouba TV owner, Boudjella is backed by Saudi investors who are eager to acquire the club. The former owner of Toulon rugby club, Get French Football News reports, met early this week with senior figures of multiple OM fans group to present his project.

Current owner of the French club, Frank McCourt has ruled out plans to get rid of the outfit. The American businessman according to his spokesman debunks reports of talks for the sale. OM finished second in the 2019-2020 season right behind Qatar-owned Paris Saint Germain (PSG) who have dominated the French league since takeover in 2011.

The club will return next season to the UEFA champions League after seven years since the last campaign. OM won the most prestigious European club tournament in 1993.