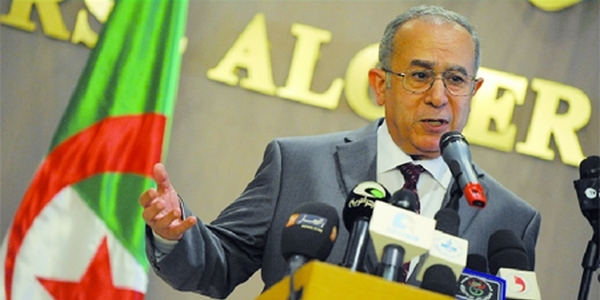 Algeria Tuesday said it was proud UN Chief Antonio Guterres proposed to appoint the country’s veteran diplomat and former Foreign Minister Ramtane Lamamra who later backtracked after U.S objected to his appointment, TSA reports.
Mohand Oussaïd Belaid, spokesperson of President Abdelmadjid Tebboune during a meeting media at the Algerian presidency, first of its kind, said the North African country was proud but blamed the Security Council’s rejection on the intension of countries not willing to see peace in Libya.
“Algeria is already proud that the UN Secretary General (UNSC) thought about Lamamra for that mission. As of the criticisms from the Security Council, they come from regimes that have no interest in peace in Libya. It is a failure for the UNSC, not for Algeria that will continue to play its role with no interest on the back of our Libyan brothers.
Lamamra last week confirmed his candidacy for the Libyan job met an opposition after media reports citing sources at the UN said the U.S opposed his choice.
Guterres considered Lamamra for the position after former Special Envoy Ghassan Salame resigned last month citing health issues.