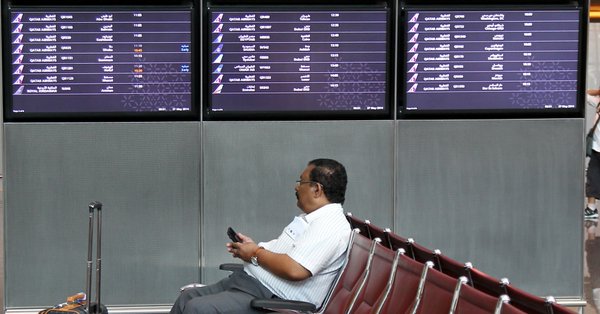 “The measure is temporary due to the spread of COVID-19.”

“It is forbidden to carry passengers holding the Egyptian nationality arriving to Doha through intermediate points, until further notice,” the Civil Aviation Authority also said in a statement.

The measure according to the authority is adopted to minimize the spread of the Coronavirus.

Egypt has so far only confirmed one case. Egyptian health authorities said on February 14 a foreigner tested positive. The patient, put in quarantine, had recovered according to the World Health Organization (WHO).

On Sunday, Egypt’s Health Ministry spokesman Khaled Megahed brushed aside rumors of two new cases of the disease admitted to a hospital in northern Egypt.

Qatar has confirmed two new cases of the virus. Two Qatari citizens evacuated from Iran on Feb. 27 have been under full quarantine. The Gulf country on Saturday said a 36-year-old Qatari man who returned recently from Iran was its first confirmed case. He was in a stable condition.

Qatar has become one of several countries in the region to be hit by the outbreak. The COVID-19 has killed 54 people in neighboring Iran which also turned out to be the country worst affected after China, the epicenter of the fast-spreading virus.

Close to 3,000 people have died globally, mostly in China.