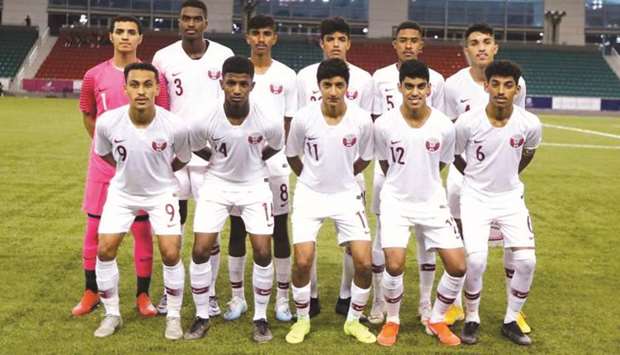 Qatar’s U-20 team joins next month 15 other nations to play the Arab Cup of the category to take place in Saudi Arabia amid ongoing diplomatic crisis opposing the tiny Gulf country and its neighbors led by Saudi Arabia.

The competition scheduled from Feb 17 to Mar 5 is organized by the Arab Football Federation (AFF) and Leadership Development Institute, Gulf Times reports.

The Qatari team will be lodged in Group B alongside Morocco, Bahrain and Djibouti. Four groups of four teams will take part in the championship. The other nations are Iraq, Tunisia, Mauritania, Kuwait, Palestine, Algeria, Egypt, Sudan, Libya, UAE, the Comoros Islands and host Saudi Arabia.

The February tournament will be the second that Qatar will be part of in a hostile land. Saudi Arabia, UAE, Bahrain and Egypt have since June 2017 severed ties with Qatar over its alleged support for terrorism.

The boycotting countries have also imposed a sea/air/ground blockade and issued 13 conditions including closure of the Doha-based Aljazeera network before they lift the blockade.

Qatar in 2019 clinched the Asian Cup beating Japan in final at the tournament organized in a largely hostile stadium the UAE. Emirati authorities refused to hand over the trophy to the Qatari team, alleging there was a breach to the regulations on the players.

Bahrain beat Saudi Arabia to win the cup. The boycotting countries initially refused to take part in the championship but had a change of heart few days before the kickoff.