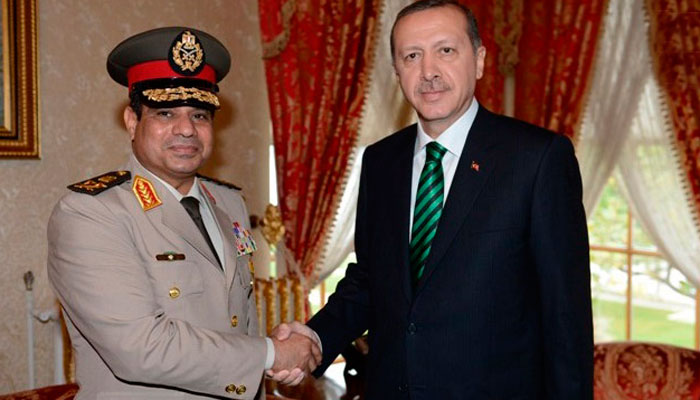 Turkey’s foreign ministry has summoned the senior Egyptian diplomat in the country to protest against a raid by Egyptian police on the Cairo office of Turkey’s state news agency, Anadolu.

On Tuesday, Egyptian security forces shut down the agency’s security cameras and internet and searched the premises overnight, the agency reported.

The workers’ passports, mobile phones, and computers were confiscated, it said, adding no explanation was given to the agency’s lawyer.

Turkey condemned what it called an act of harassment and intimidation against the Turkish press, and called for the immediate release of those arrested.

“This act of violence against Anadolu not only shows the Egyptian leadership’s hostile stance towards the freedom of the press, but also once again shows its grave conditions on democracy and transparency,” the ministry said.

Relations between the two countries have been strained since the 2013 military coup in Egypt ousted President Mohammed Morsi whose Muslim Brotherhood administration was supported by Turkey.

The two countries have also been at odds over maritime jurisdiction and offshore resources in the eastern Mediterranean.

In recent years, Egyptian authorities have jailed dozens of Egyptian reporters and occasionally expelled foreign journalists from the country.

According to the Committee to Protect Journalists (CPJ), a US-based watchdog, Egypt remains among the world’s worst jailers of journalists, along with Turkey, China and Cameroon.