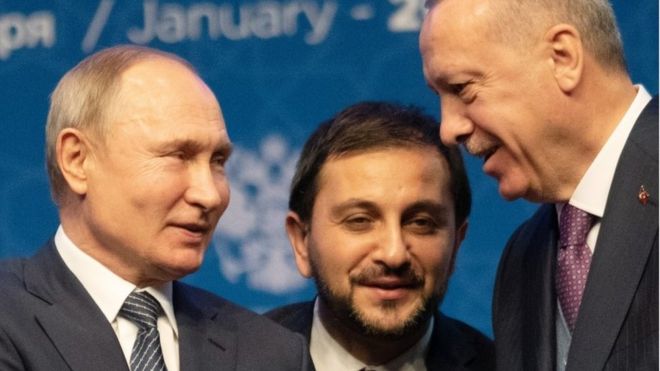 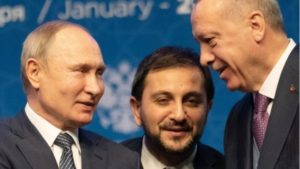 Turkey and Russia have urged Libyan leaders on Wednesday to declare a ceasefire on Sunday as warring factions clashed and carried out air strikes.

After talks in Istanbul, President Erdogan and Putin said the ceasefire should come into force at midnight on Sunday. The call came amid a warning by German Foreign Minister Heiko Maas of a Syrian-style civil war in Libya.

Turkey decided to send troops to Libya to support the UN-backed government against rivals and boost Ankara’s claims in the Mediterranean, while Russian military contractors have been deployed alongside General Khalifa Haftar’s eastern-based Libyan National Army (LNA).

The Tripoli-based GNA has been struggling to repel a months-long offensive by the LNA, which is supported by Egypt, Jordan, the United Arab Emirates, and France.

Ankara, with NATO’s second-largest army, has hinted for weeks that it would flex its military muscle in Libya to defend the embattled GNA government, which is also supported by Qatar. It has already sent weapons and drones to the GNA and allied Islamist militias despite a UN arms embargo.

Gen Haftar’s LNA said on Monday that its forces had captured the coastal city of Sirte, which is near Libya’s “oil crescent”.