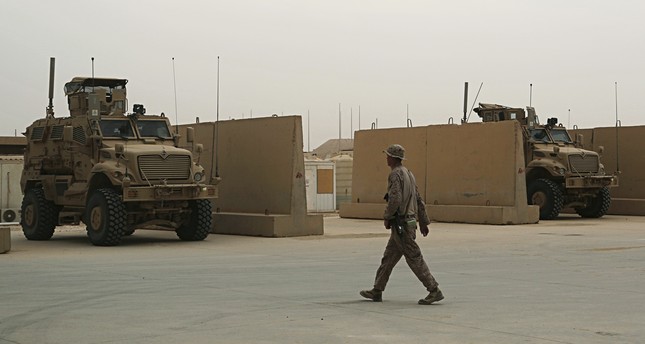 Iran’s powerful Revolutionary Guards Corps have confirmed they have fired a dozen missiles on US positions in Iraq, in response to the slaying of their commander Qassem Soleimani last Friday.

Ballistic missiles launched from Iran targeted Ain Al-Assad Airbase, the Guards said in a statement.
The base houses about 1,500 US troops and international forces. President Donald Trump made his first international visit to US troops abroad there in 2018.

The Pentagon also confirmed the strikes adding that missiles also hit another military camp, in Erbil.

There have been no reports of casualties. President Donald in a Tweet said “all is well”.

“At approximately 5.30 pm (22:30 GMT) on January 7, Iran launched more than a dozen ballistic missiles against US military and coalition forces in Iraq,” Assistant to the Secretary of Defense for Public Affairs Jonathan Hoffman said in a statement.

“It is clear that these missiles were launched from Iran and targeted at least two Iraqi military bases hosting US military and coalition personnel at Al-Assad and Erbil.”

Tension between the two rivals has further flared up since Soleimani’s assassination at Baghdad airport in US airstrikes. The General is accused by Washington of preparing terrorist attacks against US interests and officials. Iran vowed revenge.

“We do not seek escalation or war, but will defend ourselves against any aggression,” he indicated.

Soleimani was buried Tuesday in his hometown of Kerman, Southeastern Iran.
The funeral ceremony was marked by the death of over 50 people, killed in a stampede as hundreds of mourners flooded the streets of the Iranian city.