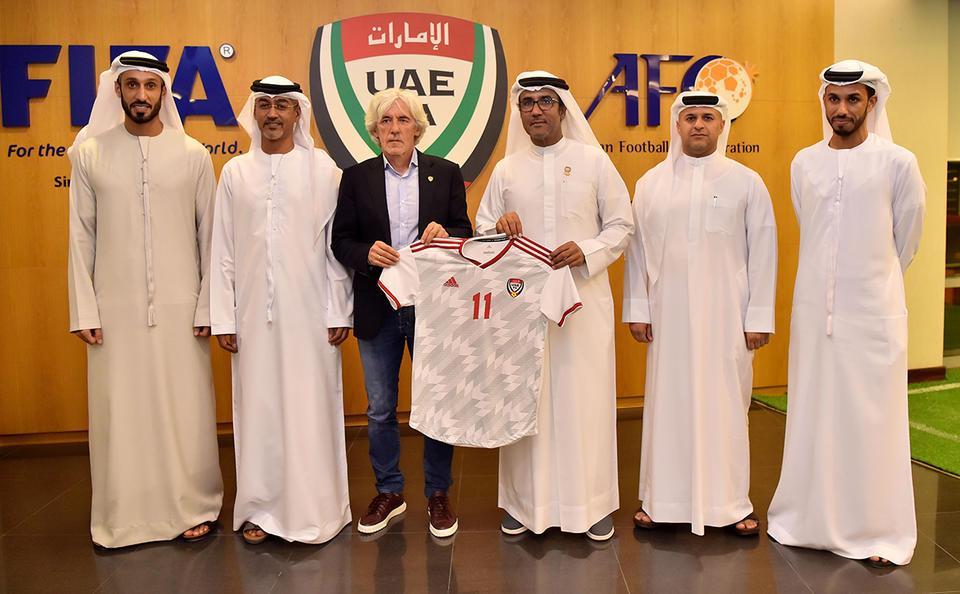 Jovanovic, 57, according to UAE FA chairman of the Transitional Committee Sheikh Rashid bin Humaid Al Nuaimi was chosen for the position for his “ambition for achievements” and his “full knowledge of the Emirati football”.

The Serbian national is not on his first job in the Gulf country. He trained two times the domestic side of Al Nasr and won the GCC Champions League in 2014, Arabian Business reports.

Javanovic is staked to qualify the Gulf country to FIFA World Cup 2022 and AFC Asian Cup 2023. He will make his official debut on March 26 at home when his side take on Malaysia, before playing Indonesia away five days later, the Dubai-based media notes.

Marwijk, appointed in March this year, was sacked early this month in the wake of Arab Gulf Cup played in Qatar. His side lost to host in the quarterfinals.

The Dutch man led the Netherlands to the final of the FIFA 2010 World Cup in South Africa.