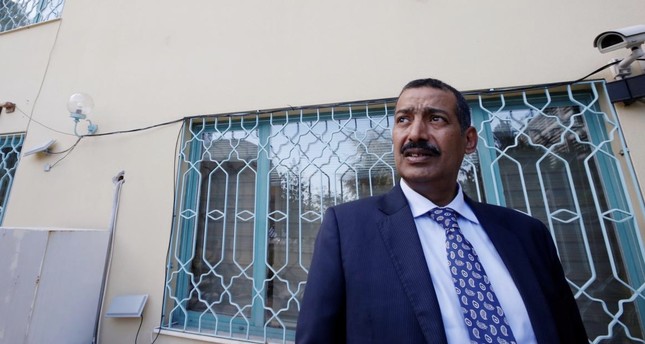 The US State Department Tuesday said it banned Mohammed al Otaibi, the former Saudi consul general to Istanbul at the time Saudi journalist Jamal Khashoggi was murdered in the consulate in October last year, from entering the USA.

“The murder of Jamal Khashoggi was a heinous, unacceptable crime,” the department commented in a statement.

Washington also indicated that it urged Saudi authorities to conduct a “full, fair and transparent” trial to hold those responsible for the journalist’s death to account.

US resident Khashoggi, a critic of Saudi Crown Prince Mohamed bin Salman, was slain and cut into pieces inside the Saudi consulate after he entered the mission to get official documents for his marriage.

The murder caused global outcry. Saudi operatives close to the Crown Prince were involved in the horrible assassination according to the Turkish authorities.

Several western countries and the CIA linked the murder to de facto Saudi ruler MbS after they listened to tapes provided by Ankara.

US President Donald Trump has rejected the CIA report and refused to take sanctions against the kingdom arguing that they will hamper US-Saudi strategic relations in the region.

The former consul is also facing other US sanctions, including asset freeze.