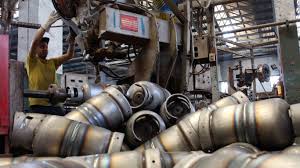 Under the initiative, the loans will be granted at an interest rate of 10 per cent to factories with sales under 1 billion pound.

Announcing the plan at the end of a Cabinet meeting, central bank Governor Tarek Amer also indicated that the initiative is the government’s latest move to trigger competitiveness and growth in the private sector. The move follows three years of successful economic reforms imposed by International Monetary Fund (IMF) after the North African country in 2016 secured a $12bn loan from the Washington-based agency.

The reforms included the devaluation of the pound and removal of government subsidies on some products.

Egypt, according to the Fund, needs to boost private sector and embark on sustainable development.

The Central Bank and finance ministry will assume the burden of the reduced interest rate, Bloomberg reports.