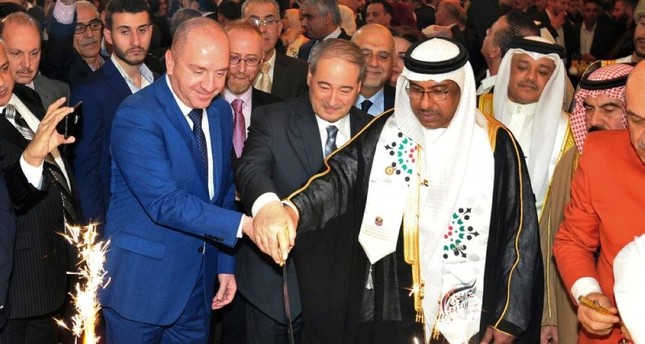 The UAE Tuesday showered embattled President Bashar al-Assad with accolades as it branded him “wise leader”, one year after re-establishing diplomatic ties with Syria.

Relations between the two countries thawed in December 2018, after several years of diplomatic feud and UAE’s support for rebels opposed to the Syrian President.

Charge d’affaires Abdul-Hakim Naimi, on Dec. 2 marking the UAE’s National Day, hoped “security and stability prevail throughout the Syrian Arab Republic under the wise leadership of Assad,” reports say.
“Syria-UAE relations are solid, distinct and strong,” he added, according to a video posted by Russian broadcaster RT.

Saudi Arabia, UAE and several Arab and other regional countries have severed ties with Syria since 2011 following bloody crackdown on protesters by the Bashar regime. Saudi Arabia and the UAE last year began to restore ties with Syria in a move to prevent regional rival Iran to deepen its presence in the country after helping President Bashar to resist his overthrow.

The praises underscore UAE’s closeness with the Syrian regime despite protest by the US, which has opposed its Gulf allies’ plans to recognize Bashar as the sole Syrian leader.