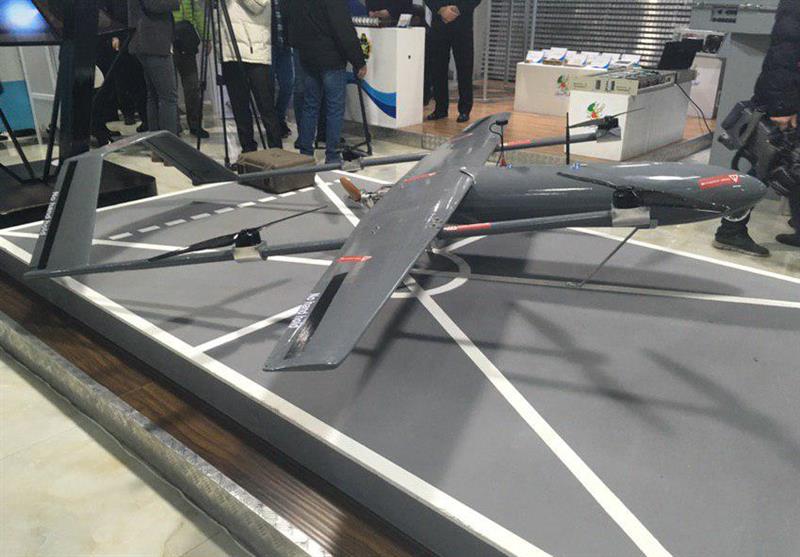 The Navy also displayed a project on a subsurface-to-surface missile system for submarines, reported tasnim news agency.
Pelican 2, equipped with four motors for vertical movement and a powerful propeller, can take off from the cruising warships for patrol and reconnaissance missions.

The Iranian-made drone can even land and float on water in an emergency, the news agency said, adding the Navy has employed Pelican-2 on naval fleets in international waters.
The Inertial Navigation System (INS) is used for detection and navigation of submarines below the surface, where the conventional GPS system is not applicable.

According to tasnim, the Iranian system, developed under the Soren project, has been manufactured with a special technology available to only a few countries.
As for the project on a subsurface-to-surface missile system for submarines, labeled the Jask-2 system, it includes a combination of missiles, torpedoes, fire control and communication gear.

This 4th generation of the Iranian Fateh-class submarine would be equipped with much more advanced technologies than the previous models, the agency said, noting that the progress made in manufacturing locally a broad range of equipment has made the Iranian armed forces self-sufficient.