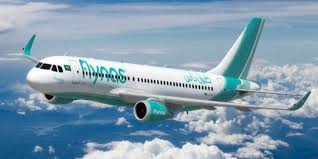 Saudi low cost airline Flynas has signed up for ten A321 aircraft as it embarks on expanding its routes across the kingdom and in and outside region.

The new order will enable the airline to expand its destinations, the airline CEO Bandar al-Mohanna indicated.

Flynas is planning to increase its market share in the increasing domestic market. It is also considering adding routes in South Asia and Middle East as well as launching a hub in West Africa or the Balkan within five years, Arabian Business reports citing the chief executive.