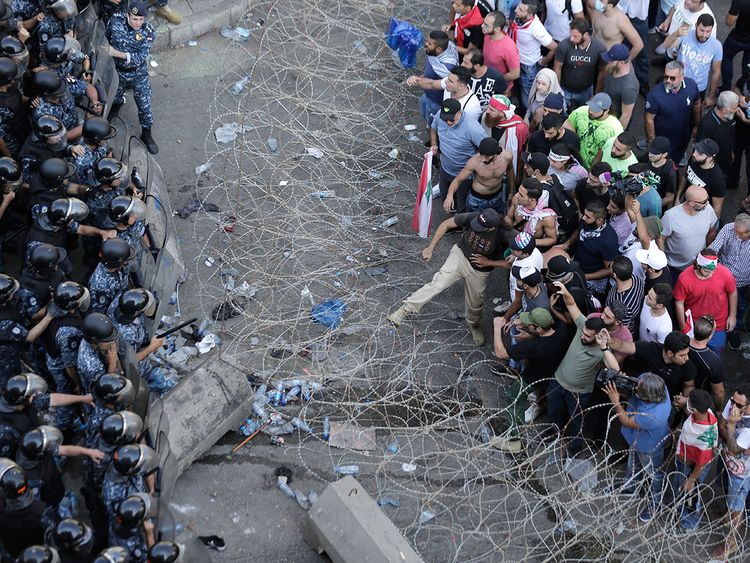 Saudi Arabia and Kuwait have flown back home respectively at least 300 of their citizens living in Lebanon, which has been witnessing since Thursday violent protests against government economic policies.

The kingdom reportedly began the evacuation operation on Saturday dawn. The Saudi embassy in Beirut said Riyadh sent three aircraft to lift Saudis out of the country.

Kuwait equally flew out around 300 of its citizens gathered at the diplomatic mission in the Lebanese capital.

Returnees described the situation in Lebanon as dangerous.
Mass demonstrations against the government broke out Thursday after the coalition government of Prime Minister Saad Hariri proposed to impose taxes on calls on messaging apps such as Whatsup.

The protests which spread to other cities also raised alarms over austerity measures and poor infrastructure.

Unconfirmed reports say around 300 people have been arrested in connection with demonstrations marked by lootings, clashes between security forces and protesters.

Several Arab countries have issued travel advisories and asked their citizens to avoid the protests.