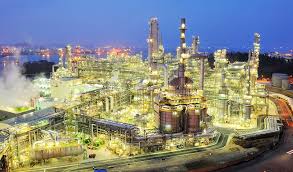 The Saudi oil giant Aramco will inject $3 billion in Bangladesh for the installation of a 3,600MW power plant running on LNG, Arabian Business reports.

Aramco according to a Memorandum of Understanding (MoU) signed with Bangladesh Power Development Board (BPDB) will conduct a feasibility research within the next six months and identify the location of the future plant.

The deal also indicates that $2.5 billion will go into the construction of the plant while the remaining $500 million will be allocated for setting up the LNG terminal, the Dubai-based media reports.

Bangladesh has become the latest country in the region for Saudi international investment target. The kingdom last month announced that it is planning to invest $100 billion in India’s petrochemicals, infrastructure and mining and other industries.

Aramco according to Dr Saud bin Mohammed Al Sati, the kingdom’s envoy to the world’s largest democracy, has proposed a partnership with Reliance Industries Limited, an Indian multinational conglomerate based in Bombay.