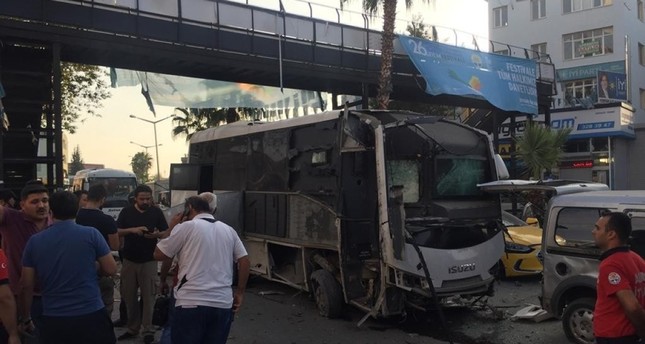 The blast damaged the police bus and other vehicles, under a pedestrian overpass in the Yuregir district of Adana, Reuters reports.

No one has claimed responsibility for the explosion.

Local authorities have launched an investigation into the incident.

Turkish forces have been at war with Kurdish far-left militant group connected to the Kurdistan Workers’ Party (PKK) and members of the FETO, an organization led by US-based Turkish cleric Muhammed Fethullah Gülen.