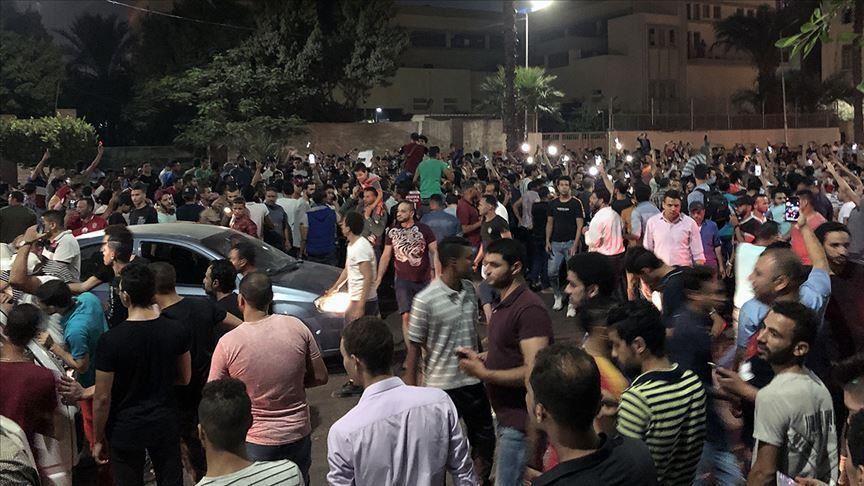 Hundreds of people took to the streets on Friday and Saturday to express their outrage after revelation by a former army contractor who accused President al-Sisi and the army of corruption and opulent life.

Mohamed Ali now in exile in Spain called on Egyptians to rise up against al-Sisi and his regime.

Receiving the Egyptian leader on the sideline of the UN General Assembly, President Trump played down the protests noting al-Sisi is a great leader.

“Everybody has demonstrations,” Trump said.

“No, I’m not concerned with it. Egypt has a great leader.”

The demonstrations were unprecedented under Al Sisi’s rule as his regime has banned public protest without authorization in a move to clamp down on dissent and unrest.

Hundreds have been arrested across various cities in connection with the demonstrations.

The Government, in a statement, warned foreign media and their correspondents to avoid misinformation and abide by rules set for professional reporting in the most populated Arab country.

The state also censored, following the Friday protests, several media websites including the BBC, Al Hurra, ARIJ, which reported the demonstrations. Egyptian media have been silent for fear of crackdown.