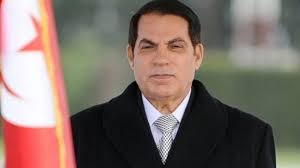 According to his family’s lawyer, Mounir Ben Salha, funeral will take place on Friday in Saudi Arabia.

However, a source from the Tunisian Prime Minister’s office told state-run news agency TAP that a request to have deposed president Zine El Abidine Ben Ali buried in Tunisia will be met “if his family asks for this.”

The government will make sure the funeral takes place “under the best conditions,” the same source said.

Ben Ali had been in intensive care in a hospital in Jeddah for three months after battling prostate cancer for years.

Ben Ali fled Tunisia in January 2011 as Tunisians rose up against his oppressive rule in a revolution that inspired other uprisings in the Middle East and led to a democratic transition at home.

In office, Ben Ali sought to stifle any form of political dissent while opening up the economy, a policy that led to rapid growth. He has also promoted his country of 11 million as a beach haven for European tourists and a beacon of stability in volatile North Africa.

In 2011, a Tunisian court sentenced Ben Ali in absentia to 35 years in prison on charges ranging from corruption to torture, and in 2012 a military court sentenced him to another 20 years for inciting, “murder and looting”.

On Sunday, Tunisians voted in an election that featured candidates from across the political spectrum, sending two political outsiders through to a second-round vote.