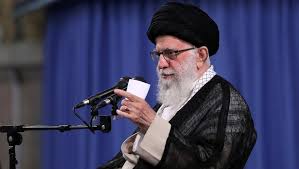 Iran’s Supreme Leader Ali Khamenei has said that their country would not hold talks with Washington on any level.

Talks with the United States would mean that the maximum pressure policy had succeeded and make it possible for Washington to force its wishes upon Iran, Khamenei argued.

“The policy of maximum pressure on Iran is not worth a dime, and the people in charge in the Islamic Republic are united in thinking that there will not be talks with the United States on any level,” Khamenei said on his website.

“That is exactly why officials, starting with president and foreign minister, and others, unanimously said — we will not hold talks with the United States, either bilateral or multilateral,” Khamenei said.

The Iranian Foreign Ministry’s spokesman, Abbas Mousavi, said Monday that the country’s president, Hassan Rouhani, was not planning to have a meeting with US leader Donald Trump on the sidelines of the UN General Assembly.

The statements seem to push aside the claims of US Defense Secretary Mark Esper who said earlier in September that Iran appeared to be leaning toward talks.

The relationship between the United States and Iran has grown tense over the past two years. Last year, Washington withdrew from Iran nuclear deal and reinstated sanctions against Tehran, although other parties to the deal remained committed to it.