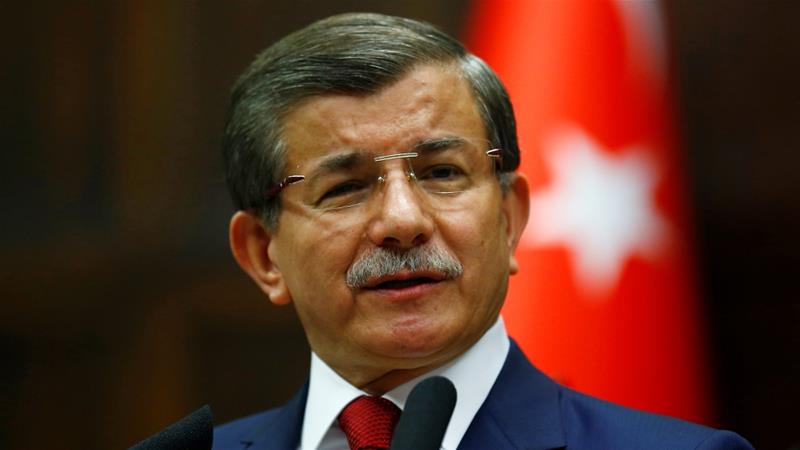 Ahmet Davutoglu, 60, reports say was referred Sept. 02 to the party’s disciplinary committee to be expelled after it transpired that former foreign minister is on the brink of launching his own party.

Sidelined in 2016 from the party’s leadership, Davutoglu served as Prime Minister from 2014 until 2016 and replaced by Binali Yildirim.
Davutoglu turned his back to Erdogan and the party in the wake March municipal lost elections. He criticized the Turkish leader and ruling AK Party for deviating from its course.

“If we lose an election that we first lost by 13,000 votes again by 800,000 votes, as was the case in Istanbul, the one responsible for this is not a prime minister [Binali Yildirim] who delivered a clear parliamentary majority [in the last general election], but rather those who have caused a serious slide in rhetoric, actions, morals and politics,” Davutoglu said in June.

“Labeling anyone who thinks different from you a terrorist … is a detachment from the public conscience.”

The remarks targets Erdogan who has ramped up a counterterrorism campaign in the country and accused his opponents of being linked to terrorism.

Erdogan also accused his former staunch aid for being a traitor as he embarked on found his own party. Davutoglu.

The now ex AK Party member counts on serious backing from veteran politicians who served under the previous regime of 1980s under military repression.

“We have friends from those days who have spent years in prison paying the price. We’re ready to pay the price,” he said.