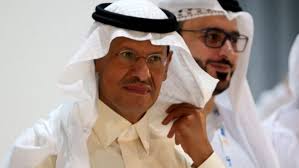 The announcement comes amid the kingdom’s large-scale plan to develop and create innovation in its energy industry.

“We are delighted to award these licenses and to welcome these businesses to Saudi Arabia as we build the future of the energy sector in the Kingdom,” SAGIA Deputy Gov. Ibrahim Al-Suwail said.

Meanwhile, Saudi Arabia’s new energy Minister, Prince Abdulaziz bin Salman Al Saud, said on the sidelines of the World energy Congress that the Guld kingdom, the world’s largest oil exporting country, is looking to kickstart its nuclear program and aims to enrich uranium, for which it has 5 per cent of the world’s deposits.

“We want to go through the full resources, producing uranium, using uranium. We’re interested in making sure our energy mix is comprehensive,” Prince Abdulaziz bin Salman was quoted by the UAE daily The National as saying.

Saudi Arabia is looking to add 17 Gigawatts of nuclear capacity by 2040. The kingdom is looking to bring two reactors with a combined capacity of 3.2GW online within the next decade, the daily added.

According to the UAE media, US deputy secretary of energy Dan Brouillette said, earlier this week, Washington would pursue a ‘123 agreement’ regarding the sale of US nuclear technology to Saudi Arabia, while French utility EDF, one of the world’s biggest operators of atomic power plants, showed interest in participating in the Saudi nuclear program.