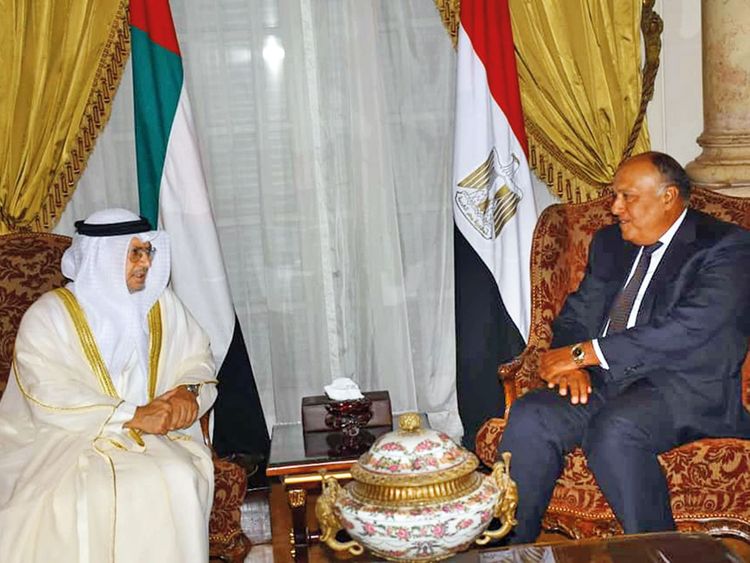 Egypt’s foreign minister has ruled out a “soon” ending to the over 2-year old isolation of Qatar noting that the tiny Gulf country has shown no desire to meet conditions set by the quartet that include Saudi Arabia, UAE, Bahrain, plus Egypt.

Sameh Shukry told Saudi newspaper Asharq Al Awsat that the crisis which begun in June 2017 will continue until demands set by the Saudi-led quartet are met by Qatar.

“The crisis with Doha will linger on unless the demands are implemented,” Shukry said in the interview published Wednesday.

After imposing a sea/air/land blockade, the Quartet presented a set of conditions including downgrading relations with Iran, shutdown of Doha-based al Jazeera network, end support to radical groups…

“Until now, no response or desire has been seen on the part of Qatar to implement them positively,” the Egyptian official added.

“These demands are linked to interests of our people. There are [Qatari] policies harming our people and we reject them. Consequently, there will be no change until Qatar shows its actual interest in these demands and stops interference in other countries’ affairs,” he added.

Qatar has rejected the charges and brushed aside the conditions that it said aim at robbing its sovereignty.

Shukry’s remarks come as the Arab League meet in Cairo for the 152nd session. A source within the organization told al Jazeera that Bahrain has lodged a complaint against the network for a July documentary that accused the spy agency of the Gulf monarchy of using al Qaeda to assassinate dissidents and members of the opposition.

The Bahraini government rejected the allegations in the documentary as false.