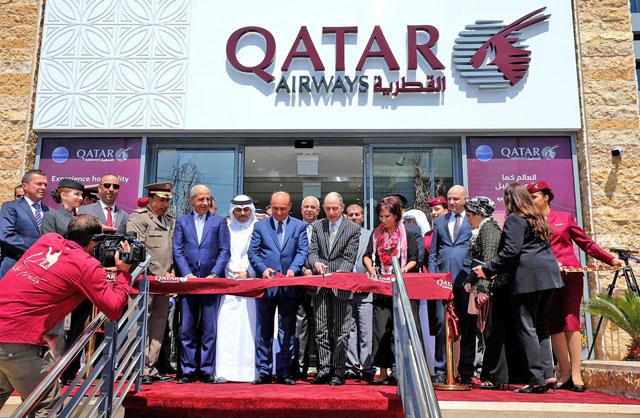 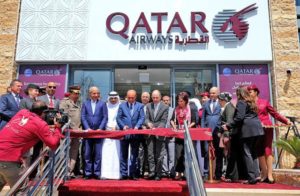 Qatar’s national carrier Qatar Airways Monday opened a new office in the Jordanian capital in a move to boost offer and services in Jordan as relations between the two Arab countries are warming up after two years of scaled down diplomatic ties.

“Opening our new offices in Amman is a response to the increasing demand on our flights, and we look forward to boosting our offers and services in Jordan, and we are sure the new building will help us to achieve that,” he said.

With the office, Jordan becomes the third country besides Oman and UK where Qatar Airways has its own offices.

Qatar Airways operates three weekly flights to Amman. It began flying to the kingdom in 1994, one year after the airlines was set up.

In 2015, the Qatari airline signed a code sharing agreement with Royal Jordanian Airlines (RJ) that enables passengers of the two carriers to reach more destinations around the world.

The opening of the new office comes one week after Doha appointed a new envoy to Amman following two years of reduced relations between the two countries. Jordan in 2017 downgraded ties with Qatar after Saudi Arabia, UAE, Bahrain and Egypt cut off ties with Qatar over charges that the tiny gas-rich support terrorism.

Written by: KanelkaTagba on September 3, 2019.
Last revised by: Jaber Ali