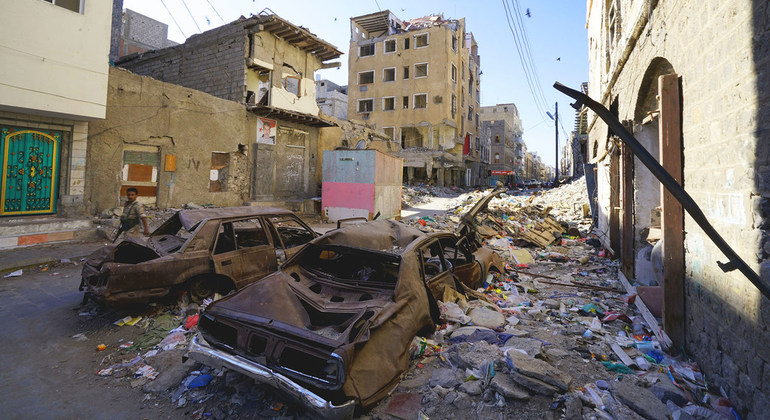 The situation in Yemen is “very fragile”, the top United Nations humanitarian official there has warned, noting that as many as 13 people have been killed and at least 70 wounded over the past three days during clashes in two governorates.

“Families are again trapped in their homes by fighting, unable to secure food and reach medical care,” Lise Grande, Humanitarian Coordinator for Yemen, said on Thursday, referring to Aden and Abyan.

Moreover, some streets in Aden are empty and flights to and from the airport have been temporarily suspended.

“We mourn for the dead and wounded and plead with everyone who is fighting to respect their obligations under international humanitarian law,” she said, lamenting that “the timing couldn’t be worse.”

Ms. Grande elaborated that the country’s humanitarian operation “is in deep trouble” because pledges made at an international conference this past February “haven’t materialized”.

“We’ve already been forced to close vaccination and health programs and scale-back on protection services for the victims of sexual and gender-based violence”, she detailed.

“If donors don’t honor the promises they’ve made, 22 major programs will close in coming weeks”.

It has long been said that Yemen is the world’s worst humanitarian crisis.

And today, nearly 80 per cent of the total population of 24.1 million people requires some form of humanitarian assistance and protection.

According to the UN Office for the Coordination of Humanitarian Affairs (OCHA), 10 million people are a step away from famine and seven million are malnourished.

The 2019 Yemen Humanitarian Response Plan (YHRP) requires $4.2 billion to assist more than 20 million Yemenis, including 10 million people who rely entirely on humanitarian assistance to meet their basic needs every month.

At a High-Level Pledging Event for the Humanitarian Crisis in Yemen, convened by the UN Secretary-General in February, the UN and humanitarian partners were promised $2.6 billion to meet the urgent needs. To date, less than half that has been received.