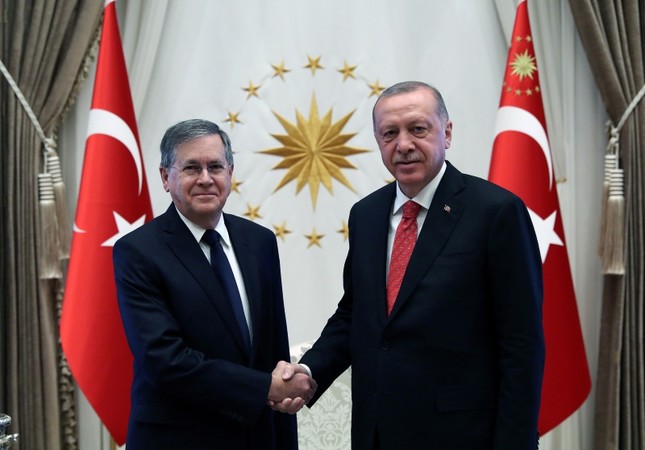 David Michael Satterfield is replacing John Bass who left Turkey in October 2017 after the two countries were embroiled in a visa dispute.

Diplomat with over 40 years of experience, Satterfield was proposed by President Donald Trump in February and was appointed in June.

The 64-year-old graduate of the University of Maryland and Georgetown University also undertook several mission for his government in Egypt, Syria, Tunisia, and Saudi Arabia, as well as Lebanon.

He takes office amid several hot issues dividing the two countries. Turkey wants the US to hand over self-imposed exile Turkish cleric Fetullah Gülen accused by Ankara of funding FETÖ, a terror group, according to Turkey, that was behind the July 2016 botched military coup against President Erdogan.

Turkey has also launched a probe on terror terrorism charges into alleged connection between FETÖ and some members of the US consular staff.