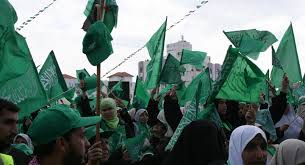 Gaza-ruler Hamas has condemned Paraguay’s move to backlist it as a terror group, pointing out that the action will strengthen Israeli state-terrorism and maltreatment of Palestinians.

“This decision runs against international law which ensures peoples’ right to resist the aggression and occupation with all possible means including the armed struggle,” the Islamist and resistance movement said in a statement, Anadolu Agency reported.

“This decision will also strengthen the Israeli state-terrorism practiced against the Palestinians for decades and provides the occupation with the cover to continue crimes,” it added.

Paraguay on Monday said it had officially blacklisted the military wings of Palestinian group Hamas and Lebanon’s Hezbollah as terrorist organizations. The decision was endorsed by a declaration signed by President Mario Abdo Benitez, on August 9.

Israeli Prime Minister, Benjamin Netanyahu and his cabinet praised the decision and said Israel was making efforts to have more countries to label the movements as terror organizations, Times of Israeli reports.