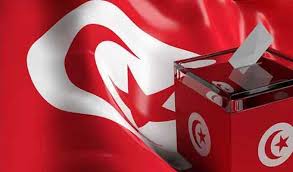 Chahed is running for Tahya Tounes, a newly created party, that broke away of the ruling Nidaa Tounes party.

The biggest political party Ennahda and other political parties in the North African nation have submitted the names of their candidates for the presidential election due to be held on Sept. 15, two months earlier than scheduled following the death of President Beji Caid Essebsi last month.

Ennahdah’s vice president Abdel Fattah Mourou, 71, a lawyer, has been nominated as the party’s candidate for president.

It is the first time that Ennahdah has put up a nominee for the post since the country transitioned to democracy after the 2011 revolution.

Former President Moncef Marzouki, who served as interim president for three years after autocrat Zine El Abidine Ben Ali was toppled, is also seeking the top position for a second time. He is backed by an opposition alliance called Another Tunisia.

On Wednesday, the country’s defense minister Abdelkarim Zbidi has also submitted his candidacy to run as an independent candidate.

Other candidates who have announced their intention to run include liberal former Prime Minister Mehdi Jomaa.

Only two women have submitted candidacy applications to the Electoral Commission.

This Friday August 9 is the deadline to submit candidacy applications. The Electoral Commission is scheduled to announce the final list of candidates on August 14.