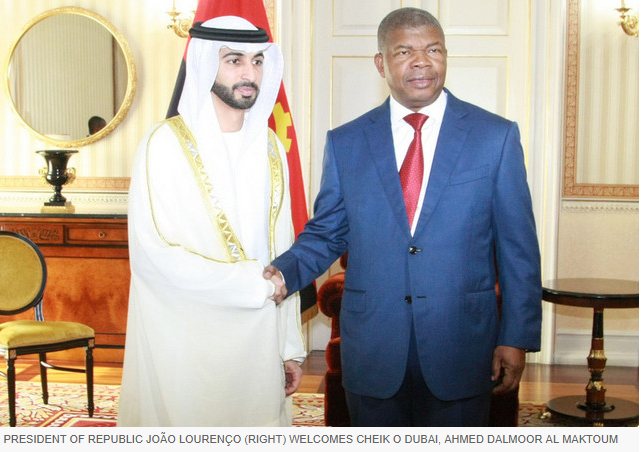 The United Arab Emirates (UAE) will invest about $2 billion in the Angolan economy, the Macauhub news agency reported.

The announcement was made by Ahmed Dalmoor Al Maktoum, head of the Ameri Group LLC conglomerate and one of the influential members of the ruling family of Dubai, at the end of a meeting with Angolan President João Lourenço.

According to Macauhub news agency, the new investment would focus on agriculture, industry and energy sectors. It will allow the construction of a tractor assembly plant to support the modernization of Angolan agriculture.

The investment will also support cooperation in the gas production sector, to reduce electricity costs and support the country’s industrialization process.

Part of the investment will be injected in a desalination project in the Angolan coastal region with a view to improving the supply of potable water to the citizens, through the utilization of low-cost quality technique.

Earlier this year, a memorandum of understanding was signed by the Angolan minister of Energy and Waters, João Baptista Borges, and UAE’s Sheikh Ahmed Dalmook Al Maktoum, on the sidelines of the Abu Dhabi Sustainability Week (ADSW).

The agreement provides for the construction of a power production station in the Angolan eastern province of Moxico, as well as an electrical system to interconnect the country’s eastern region.