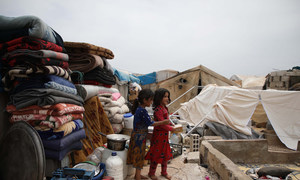 The UN Secretary-General Antonio Guterres announced on Thursday that he would establish an internal UN Headquarters Board of Inquiry to investigate a series of incidents that have occurred in northwest Syria since last September, when Russia and Turkey signed the Memorandum on Stabilization of the Situation in the Idlib De-escalation Area.

According to his spokesperson, Stéphane Dujarric, “the investigation will cover destruction of, or damage to facilities on the deconfliction list and UN-supported facilities in the area”.

Mr. Guterres urged all parties to cooperate with the Board, which will ascertain the facts and report back to the UN chief when its work is completed, the spokesperson said.