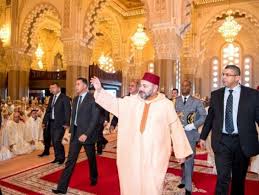 The progress made by Morocco in just two decades is pretty impressive. The change is both tangible and visible in all regions of the North African Kingdom, although challenges still lie ahead.

Foreign travellers and Moroccan expatriates are astonished upon arrival in the country by the modern infrastructures, new generation of airports, ports, motorways, railway stations…not to speak of the political and social reforms meant to speed up the socioeconomic development of the North African country.

This new Morocco, which has made a quiet break with an authoritarian and sclerotic past, is actually owed to the strategic projects launched by King Mohammed VI.

From the human development initiative (INDH) that put the liberation of the Moroccan citizen from the throes of poverty at the heart of the political project, going through the establishment of the Equity & Reconciliation Commission (IER) that has helped to heal the wounds of the past and to reconcile Moroccans with their history.

The institutionalization of the culture of human rights within the state apparatus, the new concept of authority, and the new family code that protects women’s rights and places the family under the joint responsibility of both spouses, are also part of the so many choices that have paved the way for democracy and harmonious living together.

Another element that sheds new light on the Moroccan exception is the strategic decision to open the political game to allow a real logic of participation in the management of public affairs.

In 2011, Morocco adopted a new Constitution, which grants broad powers to the Head of Government, a milestone in the political reforms undertaken during the past two decades.

These political reforms climaxed by opening up, for the first time in the country, to the Islamists, which allowed the arrival of the Justice and Development Party (PJD) to the government with the appointment of the party’s secretary general Abdelilah Benkirane head of the government in November 2011 and his successor, Saad eddine el Othmani, in April 2017.

Even if this experience encounters some difficulties and raises some criticism, it still contributes to nurture a democratic culture and install mechanisms of political alternation, the only guarantee of a sound and healthy democracy.

King Mohammed VI has also deployed a long-term strategy for human development and inclusive economic growth to create jobs for the youth and improve the living conditions of low-income families.

The economic and social progress made by Morocco under the Sovereign’s reign is also inspiring for other countries. The fight against shantytowns, providing slum dwellers with decent housing, the construction of more highways and roads, the two space-observation satellites launched by the Kingdom, the building of new ports and airports, Morocco’s high-speed train, tramways …are some of the landmark achievements accomplished during the last two decades.

Morocco’s religious model, which promotes a moderate version of Islam spearheaded by the Monarch, is gaining international acclaim as a bulwark to counter extremism and foster security and stability at home and beyond.

To fight religious extremism and fanatics, Morocco set up the Mohammed VI Institute for Imam Training. This center trains imams (male & female preachers) from Morocco, Africa and Europe on the tolerant Islamic values.

Thanks to the royal vision and bold reforms carried out, during the past two decades, Morocco is leading the way in the region, becoming an exporter of regional peace and stability.

Over the past twenty years, Morocco has won several diplomatic battles in the defense of the country’s territorial integrity and gained growing international support for the Moroccan autonomy plan for the Sahara at the UN, the EU, Latin America and Africa, dealing thus a hard blow to the Polisario separatists and their Algerian supporters.

Today, over the years and given the political and economic projects that shape the new Morocco, Mohammed VI has managed to establish with the Moroccans a very powerful link based on adherence to his projects and respect for his person.

In their relations with their King, Moroccans no longer feel this notion of constraint or obligation. In twenty years of reign, Morocco has become an island of stability where political and press freedoms are guaranteed, where human rights are respected and where it is safe to invest and launch business.