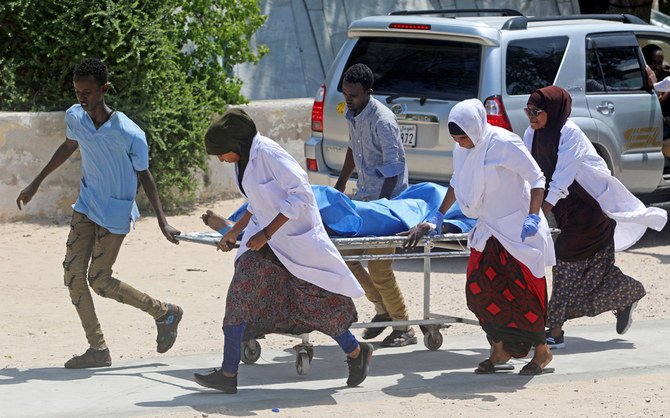 Qatar brushed aside a New York Times’ report it was involved in a May bomb attack in the Somalian city of Bosaso, Al Jazeera reports.

The New York Times in a Monday report said audio recording provided by a foreign intelligence agency indicated that Qatar had an “interest in the bombing” that caused injuries to 10 people in the northern Somalian city of Bosaso, in May.

The media said the audio recording involved a Qatari businessman operating in the African country. The US media also stressed that the attack according to the recording was meant “to advance Qatar’s interests by driving out its rival, the United Arab Emirates (UAE)”.
The Qatari government in a statement rejected the report and said that the New York Times has failed to provide a copy of the alleged audio recording.

“Qatar’s foreign policy has always been one of creating stability and prosperity – we do not meddle in the internal affairs of sovereign countries. Anybody doing so is not acting on behalf of our government,” the statement said.

The Gulf country received support from the Somalian government, which indicated that the New York Times’ report is inaccurate.

“The Qatari government released a statement that they shared with us in which they denied the claim. And we are satisfied with it,” Somalian foreign minister, Ahmed Isse Awad told Voice of America’s Somali service on Tuesday.

The bomb blast took place on May 10, near the seaport’s main court, wounding at least 10 people. The attack was reportedly claimed by a local branch of the Islamic State group (ISIS).

Somalia has become a foreign terrain of influence or proxy war between Qatar and its Gulf neighbors since June 2017 after Saudi Arabia, UAE, Egypt and Bahrain severed ties with the tiny country over its alleged support for terrorism.

Somalia has refused to cut off ties with Doha at time several other Muslim dominated countries sided with Saudi Arabia and its allies.

The UAE has had longstanding presence in Somalia. The country according to New York Times sent military teams to Somalia as early as 2012 to combat piracy off the coast and later launched operations against al-Shabab and other armed groups in the country.