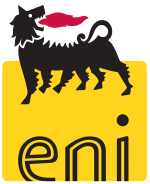 Eni has announced that production from South West Meleiha Development Lease, located in the Egyptian Western Desert, some 130 Km North of the oasis of Siwa, has started.

The current production, delivered through two oil producer wells, is around 5.000 barrel of oil per day (BOPD) and is expected to reach 7.000 BOPD within September 2019.

The oil is transported and treated at the Meleiha Plant facilities operated by AGIBA, a company equally hold by IEOC and the Egyptian General Petroleum Corporation (EGPC). South West Meleiha oil discoveries have been made in 2018, while other exploration wells are now planned to be drilled on the nearby prospects within the exploration area. Eni, through its subsidiary IEOC, holds a 50% interest in South West Meleiha while EGPC holds the remaining 50%. AGIBA is the operator.

AGIBA, which is operator company on behalf of EGPC and Eni, also recently made two additional near field oil discoveries in the Meleiha development lease in Western Desert, specifically on the Basma and Shemy prospects.

Eni has been present in Egypt since 1954, where it is the main producer with approximately 350,000 barrels of oil equivalent per day equity. Such production is expected to further grow within the year, thanks to the ramp-up of Zohr and the start-up of Baltim South West fields.