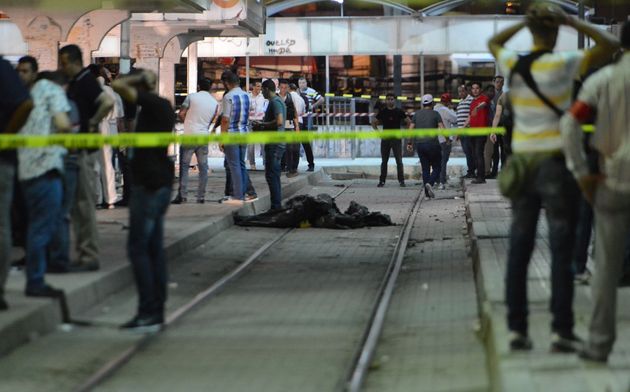 Prime Minister Youssef Chahed Wednesday announced all members of the terror group that masterminded last week Thursday attacks in capital in which one police officer died, have been all arrested or killed, reports say.
“These last five days had been tough but thanks to the work of security and military forces, and mostly the anti-terrorism brigade (…) we have been able to eliminate or arrest all members of this group,” Chahed said during a visit to El Gorjani-based counter-terrorism units.
The comments came following the death of a wanted terrorist at Intilaka area, in Tunis. The terrorist, Aymen Smiri, blew himself after being surrounded by security forces.
Smiri placed on a wanted list is suspected for mastermind of last week coordinated attacks which involved two subside bombers in two different locations in the Tunisian capital. The attacks killed one police officer and wounded eight others.
The Tunisian Prime Minister also noted that the attacks aimed at the North Africa’s democracy, tourism and elections.
Tunisia is viewed as the only successful story of the Arab Spring. Its tourism industry seriously hurt in the wake of 2015 series of attacks which killed dozens of foreign tourists, is bouncing back. The Arab country is also preparing for November crucial elections November Presidential elections.
Chahed also vowed the government’s commitment to stamp out terrorism noting that Tunisia is well prepared to rise up to the challenge.
“We will do whatever it takes to flash out the last terrorist in Tunisia because this country rejects terrorism, the culture of terrorism and the culture of death,” he added.
In latest counter-terrorism, security forces reportedly foiled an attempt by some terrorism on Wednesday night to attack a radio station on Arbata mountain, in Gafsa governorate.