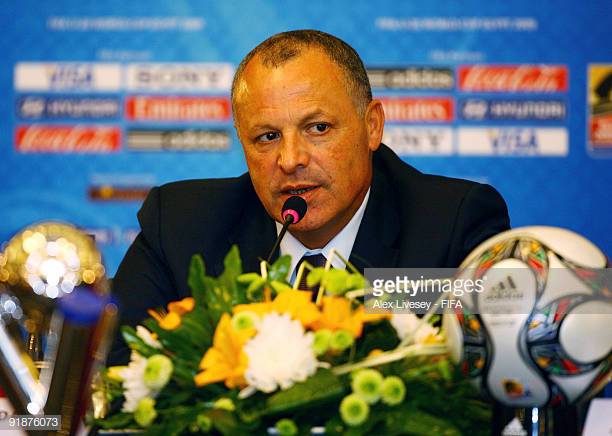 The current host of the African Cup of Nations (AFCON) is confident to stage FIFA 2030 World Cup as head the Egyptian football association notes that the ability of the North African country to organize the ongoing African championship is proof that the Arab country can welcome the FIFA competition to involve 48 nations.
Abou Rida speaking at the press conference, Le360.ma reports, however believes that the only challenge will accommodation.
“But if we talk of 2030 I think we are able,” he stressed.
Egypt on June 21 started hosting the largest African football gathering involving 24 African countries. The knockout stage will start Friday and the final is scheduled July 19.
The event is the first ever largest competition hosted by the Arab country since the 2011 revolution that toppled former autocratic leader Hosni Mubarak. The country is reeling with militancy mostly in the Sinai Peninsular where Islamists militants have been attacking security forces in reprisal of the removal of late and first democratically elected President Mohamed Morsi by incumbent Fattah al-Sisi.
Rida argued that through the AFCON, Egypt has proved to the world that it can host competition including sport event outside the African country.
In July 2018, Youth and Sports Minister Dr. Ashraf Sobhy first hinted at the country’s plans to host the FIFA event as well as the 2032 Olympic Games. The Egyptian official then indicated that the objective was to upgrade the level of Egyptian sport in the coming period.
The 2030 World Cup will mark the 24th edition and 100 years of the competition after Uruguay hosted the event. The Latin American country and Argentina have already announced a joint bid to host the future event. England is also keen to propose a bid.
Egypt in the past failed win a single vote endorsing its bid to host the FIFA 2010 World Cup finally played in South Africa.