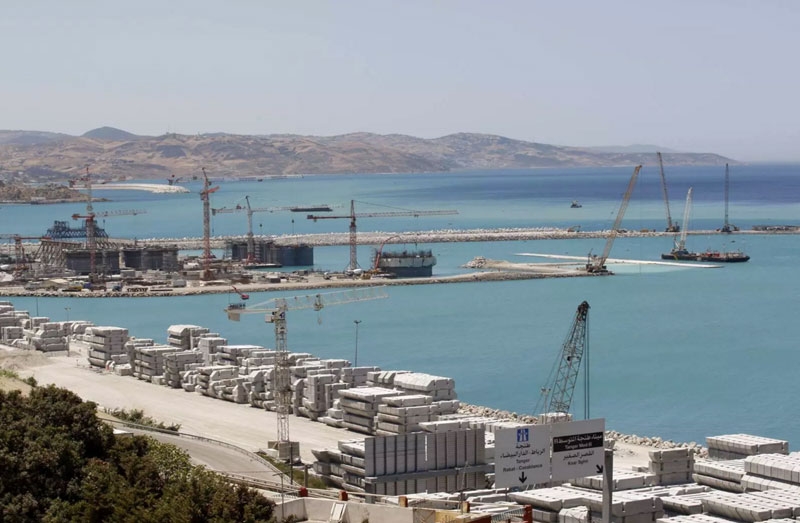 The Moroccan Tanger Med 2 with its two new terminals inaugurated last week is becoming the largest in terms of container capacity in the Mediterranean.

Already the biggest port in Africa with an annual volume of 3.5 million twenty-foot equivalent units (TEU) in 2018, Tanger Med will add six million in capacity with its new extension worth €1.3 billion.

According to the port director, Rachid Houari, the facility will reach volumes of 4.5 million TEU by this year’s end like Algeciras in southern Spain.

Morocco invested €1 billion in the first terminal, which has created some 76,000 jobs in the vicinity, Houari said.

The Tanger Med 2 extension will increase Morocco’s trade capacity, offering a stronger platform for exports by local production plants including French car makers Renault and PSA Peugeot.
PSA Group, the company behind brands including Peugeot, Citroën, DS, Opel and Vauxhall, has just inaugurated its new manufacturing facility close to the coastal city of Kenitra, which aims to produce 100,000 cars by 2019.