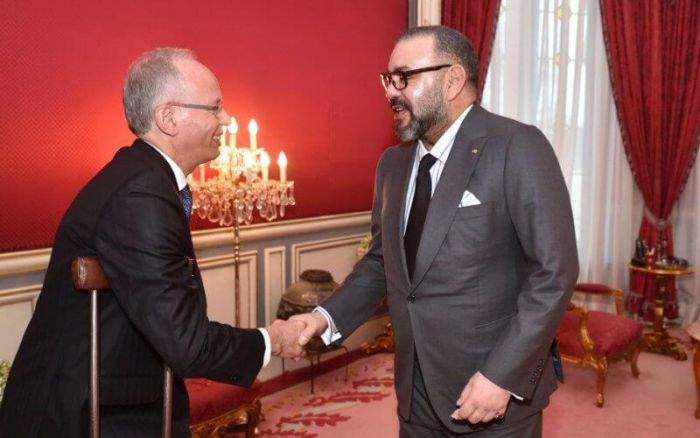 King Mohammed VI on Thursday appointed new heads to two constitutional authorities, namely the national authority for probity, prevention and fight against corruption and the Ombudsman institution, part of the Sovereign’s endeavors to promote good governance, public service performance, transparency and justice for all.

Mohamed Bachir Rachdi, an IT engineer, was thus named new president of the anti-corruption watchdog, known by its French acronym as the ICPC, while Mohamed Benalilou was appointed as the country’s Ombudsman.

At a meeting with Mohamed Bachir Rachdi, the King emphasized the importance he attaches to the fight against corruption in all its forms, given its negative impact on the functioning of public administrations and institutions, said the Royal Office in a statement.

The King also underlined “its impact on services for citizens, and the negative repercussions of this plague on the different sectors of the national economy and the achievement of a sustainable and balanced development”, said the statement.

On this occasion, the Sovereign urged the new president of the anti-corruption watchdog to endeavor for the optimal implementation of the missions entrusted by the Constitution to this national body, tasked with taking initiatives, coordinating, monitoring and carrying out anti-corruption policies.

The national authority for probity, prevention and fight against corruption also seeks to streamline public life, uphold the principles of good governance, promote public service culture and the values of responsible citizenship.

The King stressed “the need for coordination, cooperation and pooling efforts with concerned national bodies, each in its field of expertise, for a collective mobilization, use of all tools of awareness-raising and legal means in order to combat this scourge in all its aspects, and apply the law against offenders”, underlined the Royal Office statement.

At a separate meeting with the new Ombudsman, the Sovereign stressed the need for the institution to fulfil its mission, mainly through its contribution to upholding the principles of the rule of law, transparency and good governance in the management of public services.

The Sovereign also called the Mediator institution to continue making recommendations aimed at “guaranteeing the equality of citizens before the law and the administration and improving the quality of services provided by public institutions, State services and local authorities”, said a statement released by the Royal Office.

On this occasion, the King underlined the role of the Ombudsman Institution, an independent national body, which endeavors to end injustices and defend the rights of citizens against any abuse within the frame of the respect of the principles of the rule of law, justice and equity, added the statement.

The Monarch also called on the new Mediator to build on achievements made, while ensuring the full implementation of the powers of this Institution both with regard to mediation and rapprochement procedures and with respect to proposing legal proceedings, as well as in terms of the popularization of its role and powers and interaction with aggrieved citizens.