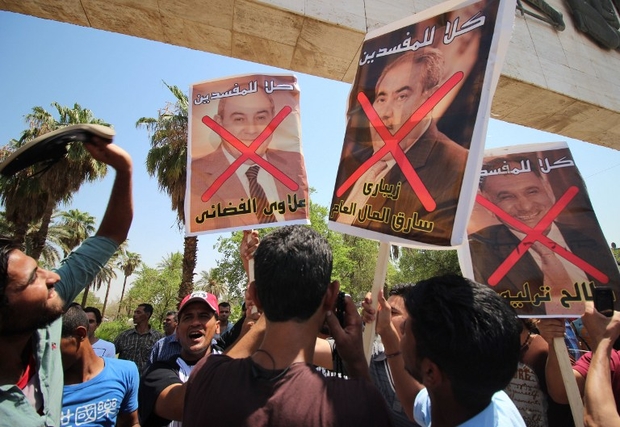 A court in Baghdad has pressed seven years in prison each against a former trade minister and two former officials of his department after they were indicted for embezzling up to $14.3 million.

The Special Court for Crimes against Integrity “reached the sufficient threshold of proof, and sentenced each official to seven years in prison”, according to investigators at the Integrity Commission.

The men are believed to have siphoned funds in connection to rice imports.

A source at the commission told AFP the defendants include former minister Malas Abdulkarim al-Kasnazani who served as trade minister in the previous cabinet of former Premier Haider al-Abadi, until December 2015 when he was sacked for failing to show up at work.

The court subsequently sued him on corruption charges and issued an arrest warrant against him after it was reported that he fled to Jordan, reports say.

In the 1990s, Kasnazani and two of his brothers were briefly arrested for forging the signature of ex-president Saddam Hussein, The New Arab reports.

Kasnazani is the second former government top official to be hauled in prison for graft in the past one year.

Abdel Falah al-Sudani, also a former trade minister who served in the same position in Iraq’s post-2003 US invasion administration has been sentenced to 21 months in prison last year after he was extradited from Lebanon by Interpol.

The oil-rich Middle East country has been facing tough challenges for its reconstruction following the US invasion.

Corruption and state funds theft have been viewed widely as a major roadblock.

Shell companies and “phantom” public employees who receive salaries but do not work have also plagued the administration and cost the country, around $228 billion dollars since 2003, the parliament had deplored.