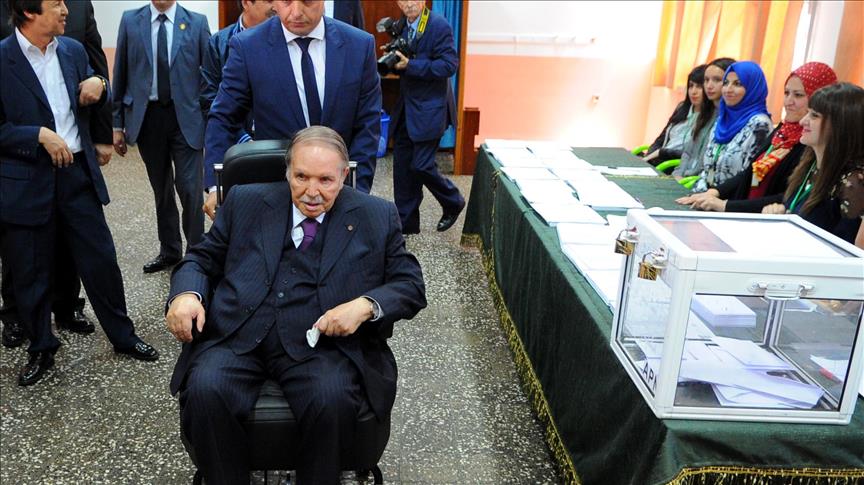 “The study of Algerian politics has something of seismology about it. There is no doubt that there is an underlying volcano.” This is the introduction of a column by the editorial board of the Financial Times published Sunday.

The volcano could eventually erupt, but when and how are difficult to predict, the daily stated in reference to the great numbers of unemployed young people, whose anger, dormant for now, could ignite any time.

Algeria has had too much tragedy. Blessed with abundant natural resources, stunningly beautiful landscapes and with the makings of a dynamic and youthful workforce, the country ought to be thriving… But, as elsewhere, oil and gas revenues have turned Algeria into a rentier state, the daily stated.

The resulting stagnation of the economy is compounded by the political paralysis that has set in since the end of the dark 1990s, when the annulment of the first free and fair elections set off a vicious war between Islamists and the army, the authors of the column recalled.

Dealing with the prospect of President Abdelaziz Bouteflika running for a fifth five-year term as president in the 2019 elections after he kept for nearly 20 years “the lid on at the head of an opaque and repressive regime”, the daily recalled that since suffering a stroke five years ago, the President has been physically incapacitated. He is rarely seen in public and never heard.

“At his most recent outing, Mr Bouteflika was in a wheelchair, staring vacantly, looking decidedly frail. Yet the secretive cabal around him appear intent on wheeling him out in this advanced state of ill health for a fifth five-year term as president,” the daily stated.

For the FT, Bouteflika’s entering the presidential race “would be an act of what in Algeria is known as “hogra”. “Hogra is a uniquely Algerian expression describing contempt by one group or person for another, in this case the ruling elite for the masses”, it explained.

Keeping Mr Bouteflika as a figurehead president, who will be rubber-stamped into a fifth term at elections not worthy of the name, postpones what could be a dangerous succession battle, the daily said, adding that western governments would be short-sighted to think that the stability that he has presided over is anything other than tenuous, given his current state.

“No one in Algeria, moreover, is fooled into thinking the president in his current health is anything other than a figurehead for the shadowy figures around him who really run government affairs. By putting an absentee president up for election at a time the nation is desperate for rejuvenation, they are delivering a cynical message to Algerians: that their hopes and frustrations do not matter,” the column authors pointed out.