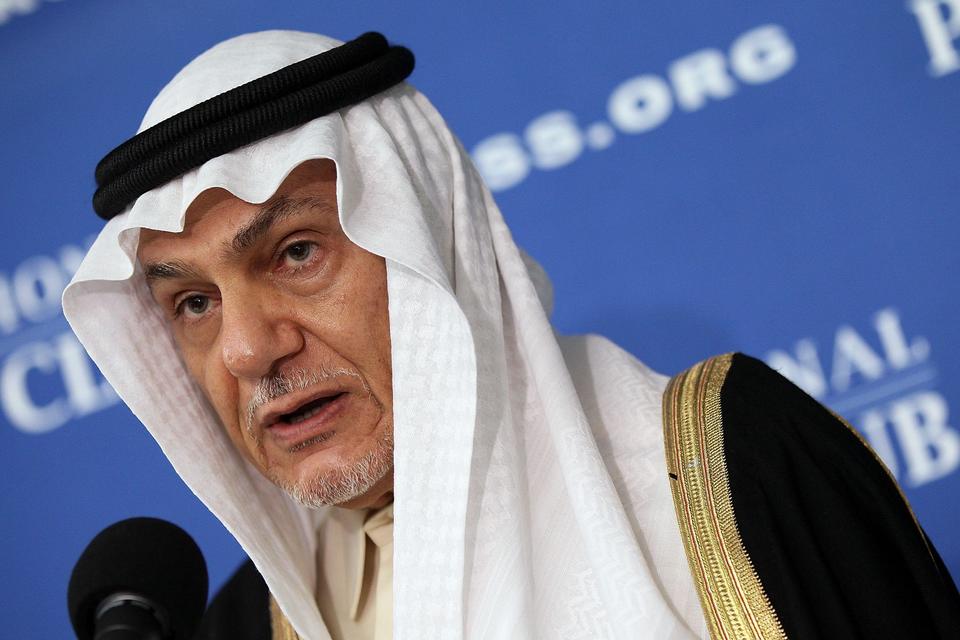 Saudi Prince and former Intelligence Chief, Prince Turki Al-Faisal has brushed aside the report by US Central Intelligence Agency (CIA) that the Saudi Crown Prince Mohamed bin Salman (MbS) is linked to the killing of Saudi journalist and critic Jamal Khashogg in the Saudi consulate in the Turkish city of Istanbul on October 02.

MbS has come under international pressure and accusations since Khashoggi’s killing was confirmed by Turkish authorities.

Turkish authorities did not name the Crown Prince but said the killing was ordered from the highest levels of the Saudi top leadership.

Khashoggi’s employer, The Washington Post, the New York Times and several other media outlets have reported that the CIA, after listening to audio tapes of the killing provided by Turkish authorities, believes MbS has ordered the assassination of his critic and renowned journalist.

Prince Turki Al-Faisal, a former Chief of the Saudi intelligence and former ambassador to the US and the UK, in an interview in Abu Dhabi, where the Saudi Prince was on an official visit, casted doubts on the CIA’s report noting that the US agency showed in the past that it is cannot be trusted.

“The CIA has been proved wrong before”, “Just to mention the invasion of Iraq for example” Prince Turki Al-Faisal said.

“The CIA is not necessarily the best measure of credible intelligence reporting or intelligence assessment,” Al Faisal said.

The Prince said assertions that were made before the 2003 invasion of Iraq by ex US Secretary of State Colin Powell, with former CIA head George Tenet “sitting right behind him,” that the country’s manufacturing of chemical weapons was “a slam-dunk conclusion” proved to be “absolutely false.

The Kingdom has stood firmly behind the crown prince over the mounting international pressure.

Riyadh has also found a strong international backing from US President Donald Trump who also disputed the CIA’s assessment, saying it is not a final one. The US leader maintained that whatever the CIA’s conclusion he will not change his policy towards the Saudi kingdom that he views as a key ally in the fight against terrorism in the Middle East region.