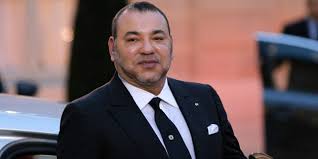 King Mohammed VI has called on African cities and local governments to deal urgently with the rapidly growing problem of street children in Africa wherein more than 30 million children are homeless and living in appalling conditions.

The campaign was launched officially by Princess Lalla Meryem, Chairwoman of the National Observatory for Children’s Rights, at the close of the 8th Africities Summit convened in Marrakech Nov.21-24.

“This figure is not only shocking, it also runs contrary to the time-honored values of our African societies, which are based on solidarity and the pre-eminence of the family”, added the Sovereign in his message read out by Princess Lalla Meryem.

Just like other countries in Africa and other parts of the world, “Morocco is unfortunately not immune to the problem of homeless children”, underlined king Mohammed VI, calling for an effective and sustainable commitment of cities to reduce child vulnerability within a three-year period.

He said that he hopes through this campaign to mobilize as many African cities and territories as possible so that tangible actions are taken and a concrete national and continental dynamic set in motion.

In Morocco, there is a national consensus and a strong commitment to protect child’s rights. In partnership with United Cities and Local Governments of Africa, and with the support of UNICEF, the National Observatory for Children’s Rights pledges to support this large-scale initiative, stressed the royal message.

At the domestic level, the mobilization of national stakeholders has already led to far-reaching legal, institutional, economic and social reforms. This has resulted in the adoption of the Integrated Public Policy for Child Protection in Morocco and of the 10-year framework of action, in addition to other initiatives, such as the Indimaj program, which is aimed at eradicating the phenomenon of children living or working on the streets, explained the Monarch.

He recalled in this regard the child protection units and the ‘SAMU social’ which provide emergency assistance and the second chance schools & vocational training institutes which offer sustainable solutions to the issue of street children.

“Despite the commendable progress made, much remains to be done. Child protection is not merely about tackling the violation of children’s physical, moral and psychological integrity. It also implies creating the right conditions for their economic, social and cultural development”, underlined King Mohammed VI.

He called on Africans to build on the international partnership focusing on Agenda 2030 in order to make progress towards sustainable development and the achievement of public well-being, particularly that of children.

“Rising to this challenge is within our reach. It requires awareness of what is at stake, a coherent, inclusive approach as well as immediate, effective mobilization of officials and elected representatives to make sure the rights of every child are respected”, said the Sovereign, affirming that the proper place for children is in school, not on the streets. This means that children’s education is a top priority and where their protection starts.

Thus, education is “our main challenge as well as our greatest chance” to address the street children problem, said King Mohammed VI, noting that its multiplier effect is undeniable and its promotion a necessity.

In a final declaration adopted at the end of the 8th Africities Summit, participating African local governments and their partners pledged to support the implementation of continental and global development agendas for a prosperous and peaceful Africa.