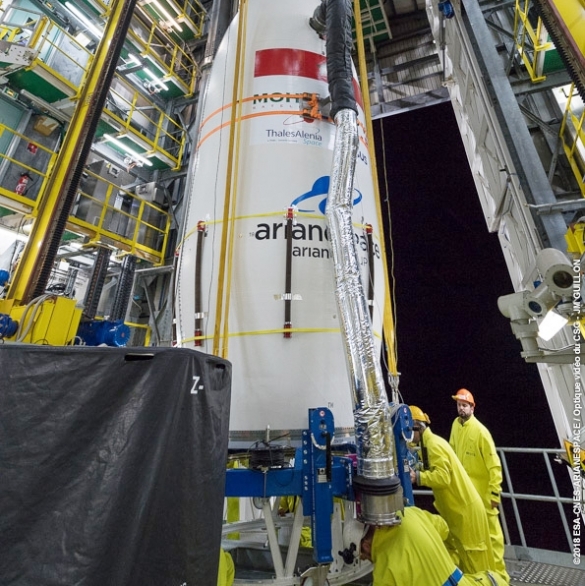 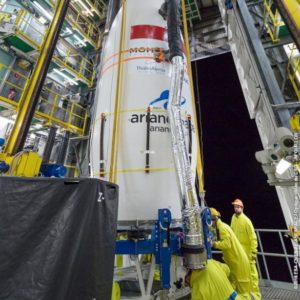 The countdown has started for the launch of the Mohammed VI-B satellite that will join its sister earth observation satellite operating since November last year.

The launch of Morocco’s second satellite, set for Nov.21, reflects the clear-sighted vision of King Mohammed VI who spearheads the country’s rapid socioeconomic progress through landmark projects, making all Moroccans proud of the major strides accomplished in all sectors and upbeat over the future.

The two Moroccan satellites are complementary. Built by a consortium comprising Thales Alenia Space and Airbus, Mohammed VI-B satellite will be managed, like the Mohammed VI-A satellite, by Moroccan engineers and technicians, trained in Morocco as well as abroad.

They will be used for mapping and land surveying activities, regional development, agricultural monitoring, the prevention and management of natural disasters.

The two satellites will also be used for monitoring changes in the environment and desertification as well as for border and coastal surveillance.

The two satellites will play a key role in the implementation of Morocco’s socio-economic development strategies, especially those relating to the agricultural sector, one of the main pillars of the Moroccan economy.

They will also enable the North African Kingdom to improve the management of water resources, prospect underground water, improve cartography and topography studies, support the control of littoral zones, infrastructure and transport networks.