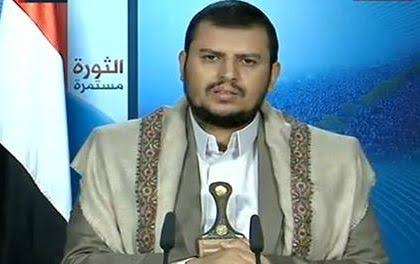 The Yemeni Houthi rebels fighting forces of President Mansour Hadi and the Saudi-led military intervention in the poorest Arab country have announced the suspension of missile attacks on the Saudi Arabia after the coalition also halted its assault on the key port city of Hodeidah at the UN demand.

“After our contacts with the UN envoy and his request to stop drone and missile strikes … We announce our initiative … to halt missile and drone strikes on the countries of aggression,” Mohammed Ali al-Houthi, the head of the Houthis’ Supreme Revolutionary Committee, said in a statement.

The statement came following mounting pressure by UN Envoy Martin Griffiths to the war-torn country, on warring sides to cease confrontations and give a chance to renewed peace talks.

Saudi Arabia and its allies, backed by western countries, late last week, ordered their forces to suspend the takeover of the Hodeidah port near the Red Sea still held by the Iran-aligned rebels.

The rebels had in the past launched hundreds of missile and drone attacks mainly on Saudi Arabia to fight back the coalition that entered the war in 2015 on the side of exiled President Hadi.

The conflict is in its fourth year and has caused over 10,000 deaths – most victims being civilians. The conflict described by the UN as the world’s worst humanitarian catastrophe has brought the country to edge of starvation with 14 million of citizens at risk.

Griffiths Friday told the UN Security Council the opposed parties have given “firm assurances” they are committed to attending peace talks to be convened shortly. The UN envoy hopes to convene talks in Sweden before the end of the year to agree on a framework for peace under a transitional government, reports say.

The UN diplomat is trying to snatch new talks from the two sides after a September-planned round of peace talks collapsed following the rebels’ failure to show up at the summit.

The Saudi-led coalition is also under increased pressure from its western allies mainly from the US to end the intervention and pull out, in the wake of the killing of Saudi journalist, Jamal Khashoggi, in the Saudi consulate in the Turkish city of Istanbul.

Jamal Khashoggi was known as a staunch critic of Saudi Crown Mohamed bin Salman (MbS) who leads the coalition. The US Central Investigation Agency (CIA), after listening to a tape provide by Turkish authorities, believes MbS is linked to the murder.

Turkish authorities believe someone at the highest levels of the Saudi leadership gave orders for what they described as premediated killing.