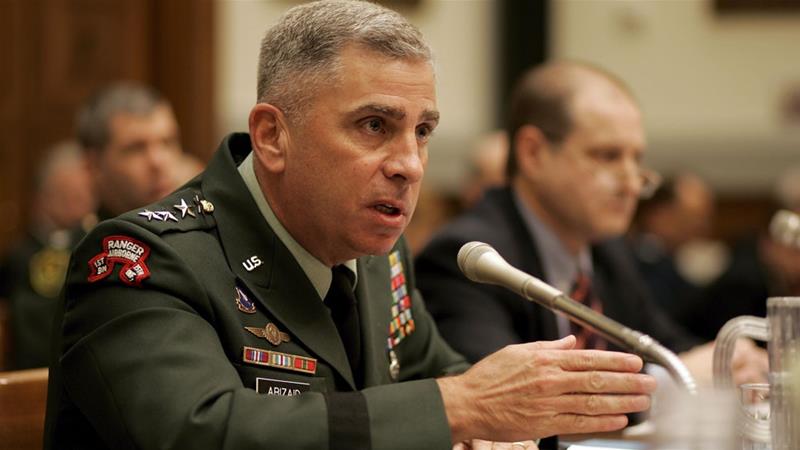 The appointment needs to be confirmed by the senate.

The White House descried Abizaid as a four-star army general who led the US Central Command during the Iraq war. The former army commander according to the Trump Administration is currently a visiting fellow at Stanford University’s Hoover Institution and works as a private consultant at JPA Associates.

Trump had not appointed an envoy to the Gulf key ally since taking office in January 2017 despite choosing the kingdom as the first country for his maiden foreign tour.

Abizaid’s appointment comes as the White House goes through domestic and international pressure to take measures against Crown Prince Mohamed bin Salman (MbS) over his alleged involvement in the case of the killing of Saudi journalist at The Washington Post, Jamal Khashoggi.

The 59-year old journalist had gone missing and confirmed killed on October 2 after entering the Saudi consulate in the Turkish city of Istanbul.

Turkish authorities confirmed that the critic was killed by a death squad that was dispatched from Riyadh and that answers to someone at the top of the Saudi royal court. Ankara has also said it obtained recordings of the murder, confirming that someone from the Saudi top leadership establishment gave orders to kill Khashoggi.

Turkey has said it played the recordings to several western powers including the US.

“I haven’t listened to the tape myself but in the assessment of those who have listened to it, that is right,” Bolton said from Singapore when asked if the audio tape provided by Turkey did not link the Crown Prince.

The Trump administration is also criticized for its endorsement of Saudi Arabia’s intervention in Yemen, which has caused death of over 10,000 people. The 3-year old crisis has been described by the UN as the world’s worst humanitarian catastrophe.