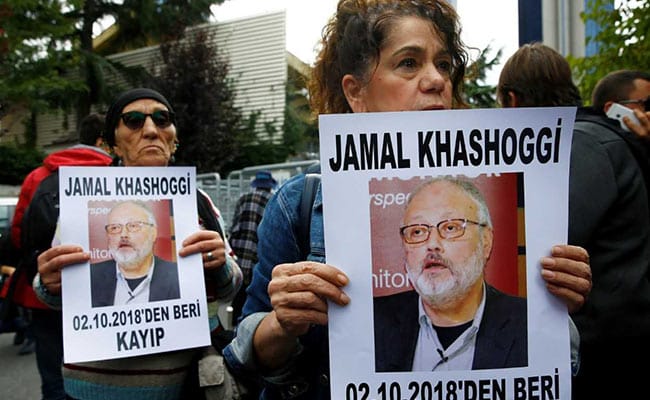 The United Nations human rights chief pressed on Tuesday for an impartial investigation into the “shockingly brazen” murder of Saudi journalist, Jamal Khashoggi. And suggested the involvement of international experts in the enquiries.

UN High Commissioner for Human Rights and OHCHR head Michelle Bachelet stressed that a full examination of, and accountability for, human rights violations committed against Mr. Khashoggi be conducted.

The journalist disappeared from the Saudi consulate in Istanbul on 2 October 2018. After days of denial, Saudi authorities finally admitted that the journalist was killed inside the diplomatic mission by a team of agents sent from Riyadh. His body has yet to be recovered.

Ms. Bachelet welcomed the steps taken by Turkish and Saudi authorities to investigate and prosecute the alleged perpetrators, but added that “given the information that high-level officials in Saudi Arabia were apparently involved, and it took place in the Consulate of Saudi Arabia, the bar must be set very high to ensure meaningful accountability and justice for such a shockingly brazen crime against a journalist and government critic.”

“For an investigation to be carried out free of any appearance of political considerations, the involvement of international experts, with full access to evidence and witnesses, would be highly desirable,” she stated.

Ms. Bachelet said it is important to determine whether serious human rights violations – such as torture, summary execution or enforced disappearance – were committed and to identify those implicated, “irrespective of their official capacity.”

She called on Turkish and Saudi authorities to cooperate in ensuring that the truth be revealed.

Noting that forensic examination, including an autopsy on the victim’s body is crucial in any murder investigation, Ms. Bachelet urged the Saudi authorities to reveal the whereabouts of Khasoggi’s body “without further delay or prevarication.”

Since the murder was discovered, a chorus of UN officials have demanded a probe into Mr. Khashoggi’s case, including Secretary-General António Guterres, who stressed the need for a “prompt, thorough and transparent investigation into the circumstances of Mr. Khashoggi’s death and full accountability for those responsible.”

The Special Rapporteur on the promotion and protection of the right to freedom of opinion and expression David Kaye said he was “very disappointed” that Member States have so far failed to back calls for an independent international investigation into the murder.