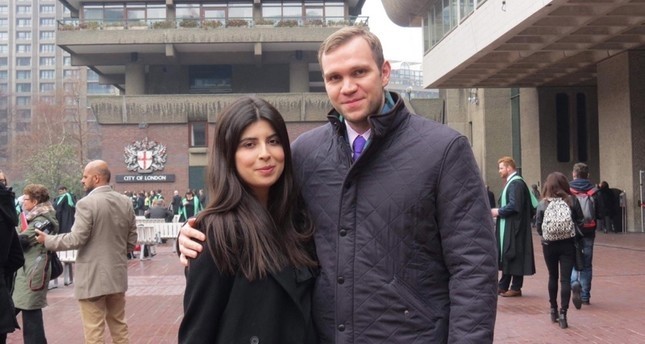 The wife of British academic held in detention over espionage charges has said Tuesday that the 31-year old man has been temporarily released pending his next court appearance scheduled for November 21.

Daniela Tejada, in a written statement, confirmed reports that her husband, Matthew Hedges, has been temporarily freed but was told to remain in the Gulf country until his next hearing.

“I of course welcome this development. However, I cannot allow myself to get too excited by this information as Matt is not fully free yet,” she said.

BBC reports noted that Hedges has been released but the Emirati authorities have confiscated his passport and requested an ankle monitor.

The British government also indicated it is monitoring the case and has voiced its concerns to the Emirati authorities.

“We are monitoring developments closely and have made the Emirati authorities aware of all our concerns. We continue to do everything we can for Matthew and his family,” said a spokeswoman for Britain’s foreign office in London.

Matthew Hedges, a doctoral student at Durham University was arrested in May this year at Dubai airport after two weeks of research in the country. He was charged this month with spying for a foreign state, and jeopardizing the military, economic and political security of the country.

The Gulf country has not named the country.

Hedges who has received the support of 120 other academics from around the world in a petition demanding his release, is a doctoral student in the School of Government and International Affairs whose research interests include civil-military relations, political economy and tribalism.