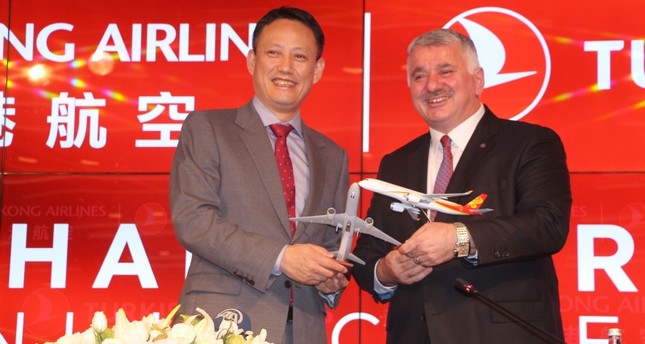 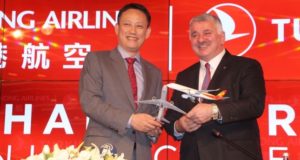 Turkish Airways and Hong Kong Airlines Monday signed a codesharing agreement that will enable the Turkish national airline to expand its routes into Asia and the pacific.

Under the agreement, Turkish Airlines will now fly to Auckland, Bangkok and Osaka and several other destinations in the region. Hong Kong Airlines on the other hand will add new destinations in Istanbul, Paris, London, Barcelona and other European countries.

The agreement came few moments before the inauguration of Istanbul second airport, constructed at a cost put at $7.2 billion.

The Turkish national carrier will be the first airline to fly from the Istanbul airport, on October 31, with a flight to capital Ankara. It will subsequently fly to the Turkish resort town Antalya on Nov.1 and to Izmir on Nov. 2. The first international flights will go to the Turkish Republic of Northern Cyprus (TRNC) on Nov. 1 and to Azerbaijan on Nov. 8, reports say.