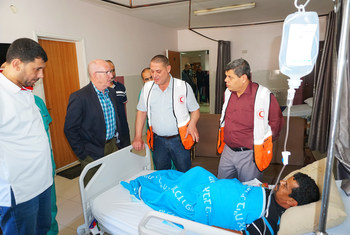 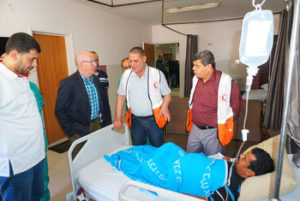 The UN Humanitarian Coordinator for the occupied Palestinian territory, Jamie McGoldrick, has been describing how ordinary Gazans are scraping by on just four hours of electricity per day due to fuel shortages, putting many in “a terrible situation” as the winter months approach.

In an interview with UN News, he recounted that on a visit to a local children’s hospital, he witnessed power shut down during an emergency operation, leaving patients and doctors in the dark for nearly a full minute before a generator powered on.

“In that time the doctors had to hand pump the oxygen into the lungs of children on life support machines,” he recalled. “And that’s not one day. That’s everyday like that.”

Funding for the UN Relief and Works Agency for Palestine (UNRWA) was cut by the United States at the beginning of this year, which, despite a major fundraising drive, has resulted in a critical shortage of services for the local population.

UNRWA reports that three-quarters of the 1.9 million people living in the enclave of the Gaza Strip, controlled since 2006 by militant group Hamas, are Palestine refugees. The steady decline in socio-economic conditions from decades of conflict and displacement, has seen unemployment rates soar to 53 percent, one of the highest in the world, with 80 percent of the population dependent on foreign aid.

“We’re not able to save the lives of people we should… while the money stays the same or goes down, the needs go up,” McGoldrick stressed, noting that humanitarians are having trouble keeping up with this “severe catastrophe.”

The expert added that the future of the crises does not look promising, due to the unstable funding climate and a geopolitical reality that “could even be worse” next year.

Pointing toward solutions, McGoldrick implored politicians from different Palestinian factions and parties, as well as Israel, to come up with answers, as it is “the only option” for the people of Gaza to regain independence, otherwise, there is “no hope,” he said.