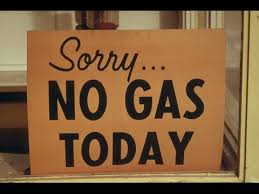 Saudi Energy Minister Monday told Russian news agency TASS that the kingdom will not use oil embargo as it did in 1973 to ward off international pressure and demands of sanctions against it in the case of dissident journalist Jamal Khashoggi.

Pressure is actually increasing on Saudi Arabia over the death of critical journalist Jamal Khashoggi.

Riyadh on Friday confirmed the death of the journalist who had vanished after entering the Saudi consulate in Istanbul on October 2.

“There is no intention” of repeating the 1973-1974 oil embargo against the United States, said Khalid Al-Falih.

“This incident will pass. But Saudi Arabia is a very responsible country, for decades we used our oil policy as responsible economic tool and isolated it from politics,” he was quoted as saying.

The journalist who left the kingdom last year to settle in the United States was confirmed dead by Saudi Arabia Friday.

According to the Saudis, he died in a “brawl” inside the diplomatic mission.

Khashoggi had gone missing since October 2 after entering the Saudi consulate as he sought to get official documents that will allow him to remarry.

Turkish media and security authorities repeatedly indicated the 59-year old was killed inside the mission by a squad dispatched from Riyadh and connected to the Crown Prince.

Several politicians in Washington and several US senators have been calling the senate and President Donald Trump to cut off ties with the kingdom’s leadership, to apply sanctions against the Saudi royal establishment and even replace Crown Prince Mohamed bin Salman after Turkish media and The Washington Post tied the Saudi de facto ruler to Khashoggi’s death.

President Trump several days ago talked about “severe consequences” if it transpires that MbS is linked to the horrible crime.

Riyadh reacted angrily to the threat, indicating that it will respond with greater action, with many believing that the OPEC member and world largest oil exporter could use its resource to bend its critics.

“My role as the energy minister is to implement my government’s constructive and responsible role and stabilizing the world’s energy markets accordingly, contributing to global economic development,” Energy Minister Khalid Al-Falih however said.

“If oil prices go too high, it will slow down the world economy and would trigger a global recession. And Saudi Arabia has been consistent in its policy. We work to stabilize global markets and facilitate global economic growth. That policy has been consistent for many years,” Falih said.

OPEC in 1973, dominated by the kingdom who was leading several Arab oil producers, slapped an oil embargo on Western supporters of Israel in its war with Egypt. Oil prices soared record high.