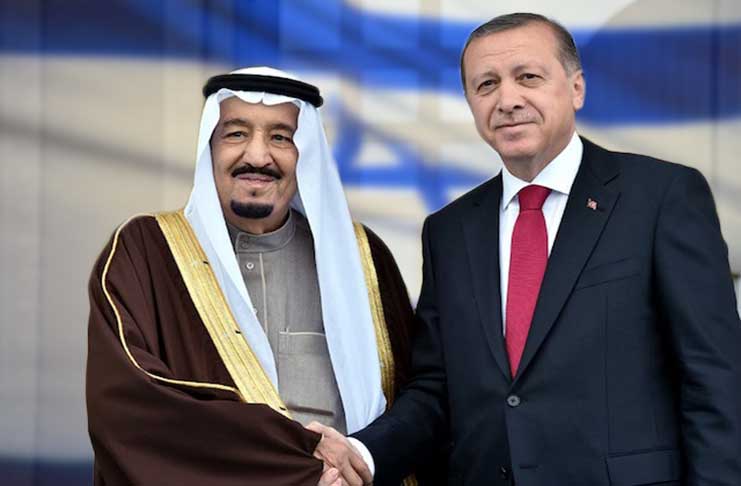 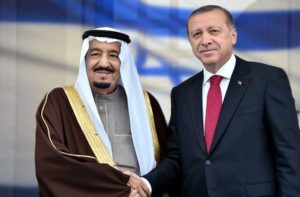 King Salman of Saudi Arabia and Turkey’s President Recep Tayyip Erdogan Sunday exchanged over the telephone views on the situation of missing Saudi journalist, Jamal Khashoggi, who has vanished since entering the Saudi consulate in Istanbul on October 2.

A source at the Turkish Presidency told state-run news agency Anadolu that Erdogan stressed the need to form a joint working group to probe Khashoggi’s disappearance.

The veteran journalist who left the kingdom more than a year ago and settled in Washington over fears for his life did not emerge from the consulate where he was to get documents necessary for his marriage with his Turkish fiancée.

The Turkish fiancée and friends alerted police on October 2 few hours after Khashoggi entered the diplomatic facility and could not be found after the mission was closed.

Turkish authorities believe that the journalist who has written several critical articles for the Washington Post might have been killed inside the consulate. The Saudis denied the claims but did not provide any evidence he actually left the mission.

The Salman-Erdogan phone conversation took place following claims by Ankara that Riyadh has failed to cooperate in the investigations seeking to shed light on the journalist’s mysterious disappearance.

“We still have not seen cooperation in order to ensure a smooth investigation and bring everything to light. We want to see this,” said Sunday Foreign Minister Mevlut Cavusoglu.

International pressure is being piled on the kingdom as France, Germany and the UK also on Sunday in a joint statement called on Riyadh to provide information on the whereabouts of the journalist who has become critical of the royal court’s policies.

“Defending freedom of expression and a free press and ensuring the protection of journalists are key priorities for Germany, the United Kingdom and France,” said a joint statement by the three European countries’ foreign ministers.

“In this spirit, light must be shed on the disappearance of Saudi journalist Jamal Khashoggi, whose family has lost contact with him since October 2nd,” said Foreign Secretary Jeremy Hunt, French Foreign Minister Jean-Yves Le Drian, and German Foreign Minister Heiko Maas.

The pressure and finger-pointing at Saudi authorities have become significant following the publication in Turkish media of a 15-man hit squad believed close to Crown Prince Mohamed bin Salman. The men arrived in Turkey aboard two different planes and happened to be in the consulate the day Khashoggi entered the building.

The men, all of them Saudis, left the consulate a few moments after the journalist’s fiancée reported the disappearance of her would-be husband.