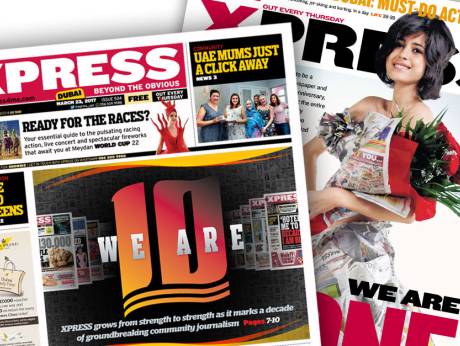 Dubai-based tabloid Xpress will disappear from newsstands from September 1 as the weekly, published by Gulf News, will issue its last edition this Thursday.

The media owned by Al Nisr Group and published by Gulf News said the decision has been imposed by insufficient revenues.

“We felt we could not continue doing real journalism without revenue,” said Abdul Hamid Ahmad, the Editor-in-Chief.

“Market conditions do not help real journalism with declining advertisements and loss of revenue. Though we took the tough road to keep XPRESS going, there had to be an end to all roads. And we felt that we could not continue doing real journalism without revenue. Hence, the road had to end.”

Launched in 2007, the media said it will go online where it will continue providing its content, original stories with focus on news, sports and life in the United Arab Emirates.

The weekly, which appears on Thursday, said it won court cases filed against it throughout its print version existence after some individuals sued the media in court. These individuals had been affected by the weekly’s investigative stories, which exposed fraud, uncovered crimes and brought to light illegal dealings.

As it plans to go digital from September 1, the media said the staff will be retained.